Hi everyone! Heather here to talk about a basic design principle in scrapbooking: the Visual Triangle. You might not have noticed it before, but if you really study advertising and visually appealing layouts, you’ll find a visual triangle on there. Placing photos or elements in a triangle allows us to see the layout as a whole instead of being distracted by one photo or element and missing the rest of it. It brings your eye all the way around the layout or directly to the one spot you want your viewers to focus on.

There are so many ways you can create a visual triangle on a layout whether it’s just in a little cluster on the side of a layout or across your whole layout. You can create them with a cluster of pictures or you can have clusters of elements or even just one repeating element that forms a triangle around the photo you want to focus on. You could even mix it up and have your triangle formed by a mix of photos and elements or even journaling. I think the best way to demonstrate this is to take a look at some layouts that have visual triangles. So let’s get started!

This first one is a layout of mine where I placed the photos in a triangle first and then added in my elements and everything else afterward. This made the photos the focal point. I spread the photos out across the whole page so your eyes follow all around the layout. 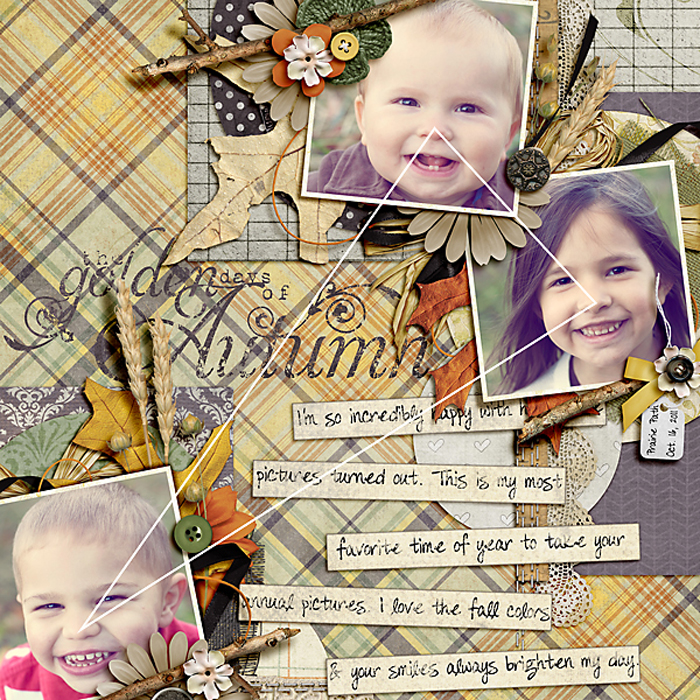 This next layout is by Laura and again she used her photos as a visual triangle and clustered them all together. 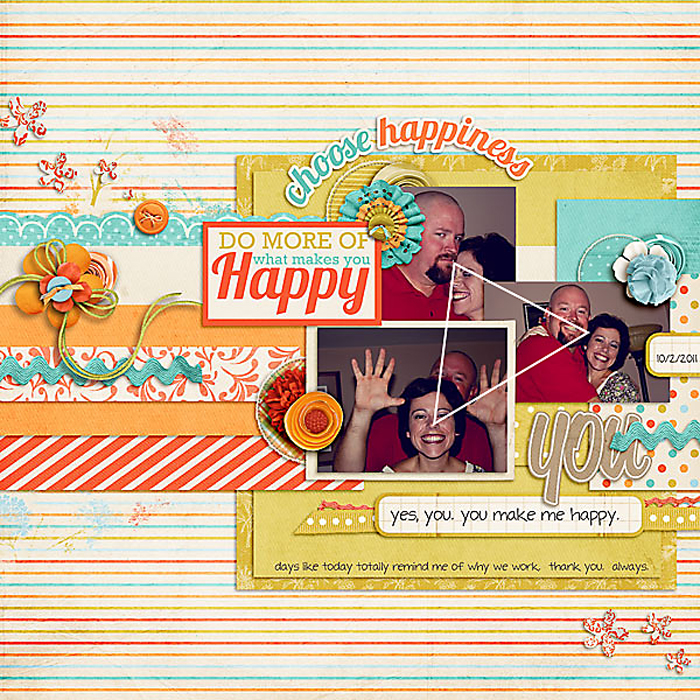 This layout by Darla shows that you can even have a visual triangle on a white space layout. Her photo cluster is where we’ll find it. 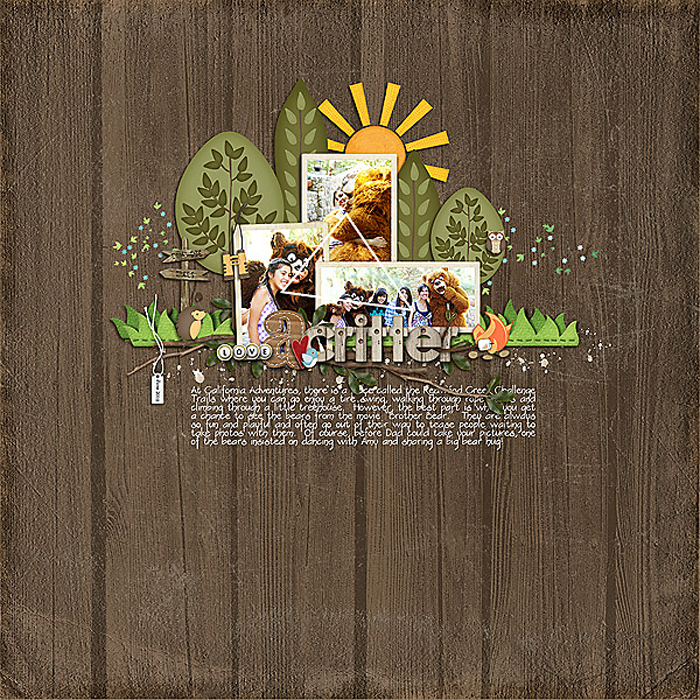 This layout by me shows a visual triangle of element clustering that leads you through the photos and then down to the journaling. 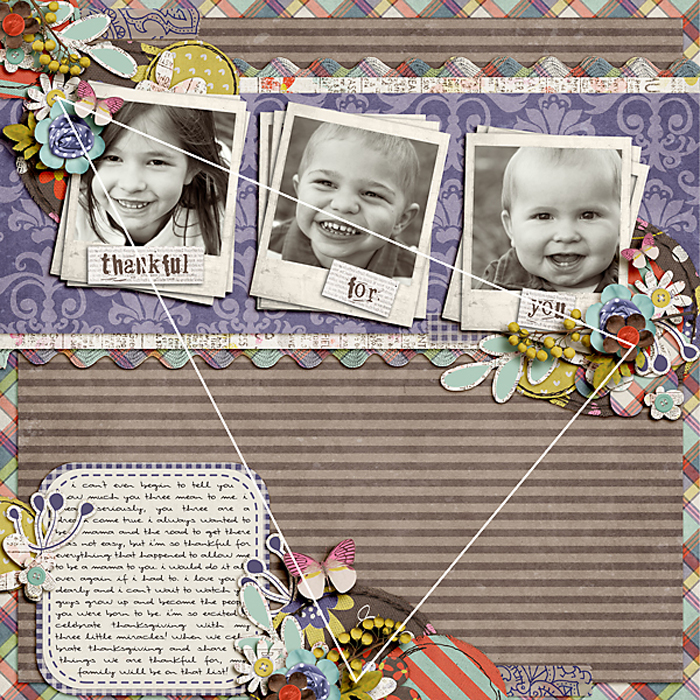 This layout by Rebecca shows how you can repeat a single element to form that visual triangle. She used the same tree element to lead you around the whole page. 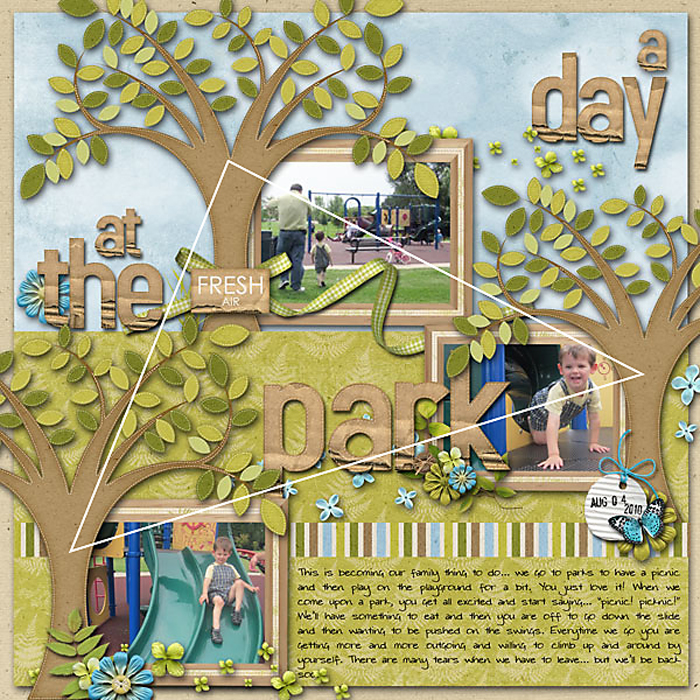 This layout by Traci shows a visual triangle using a mix of photos and elements leading you all around the whole page. 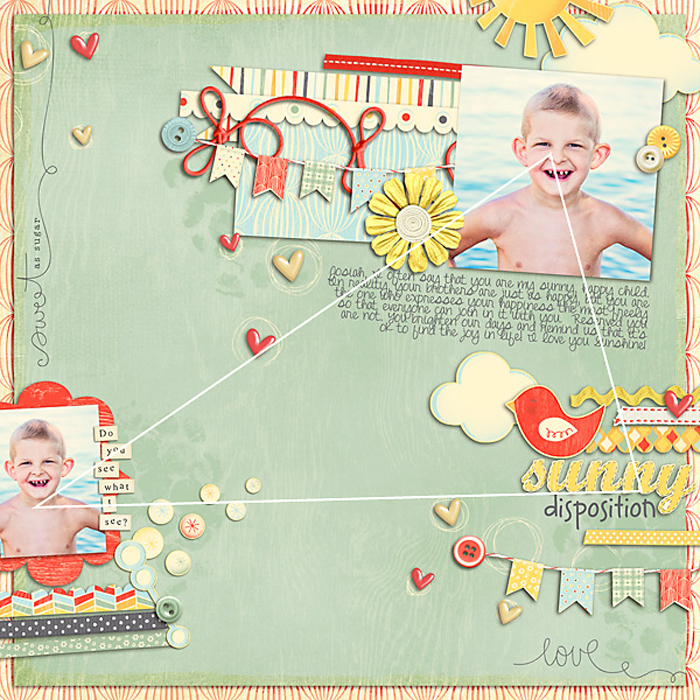 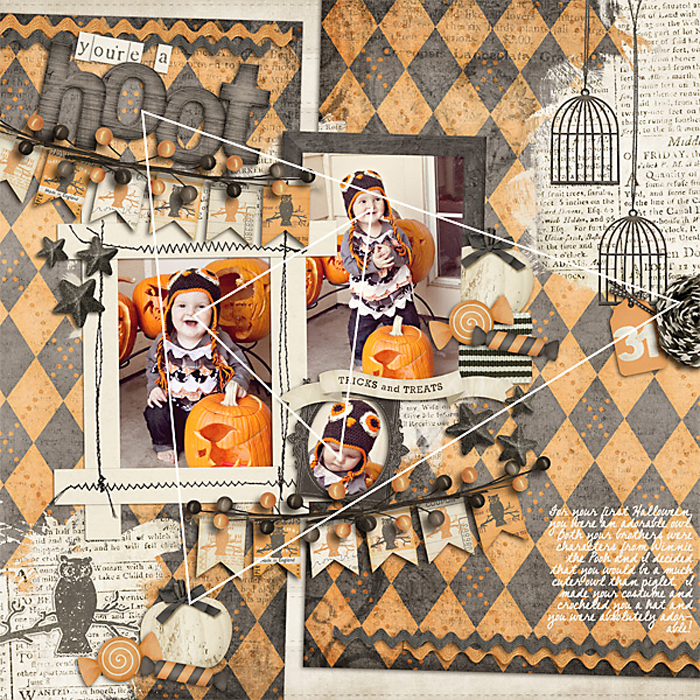 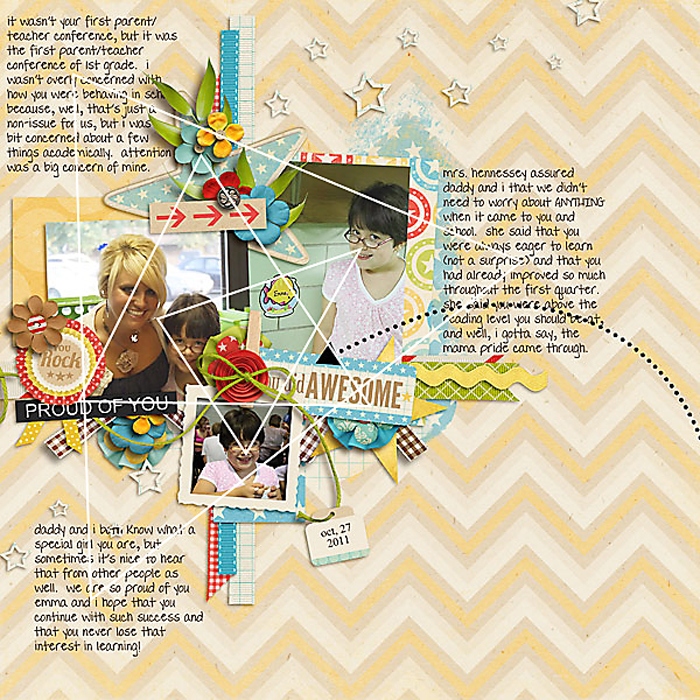 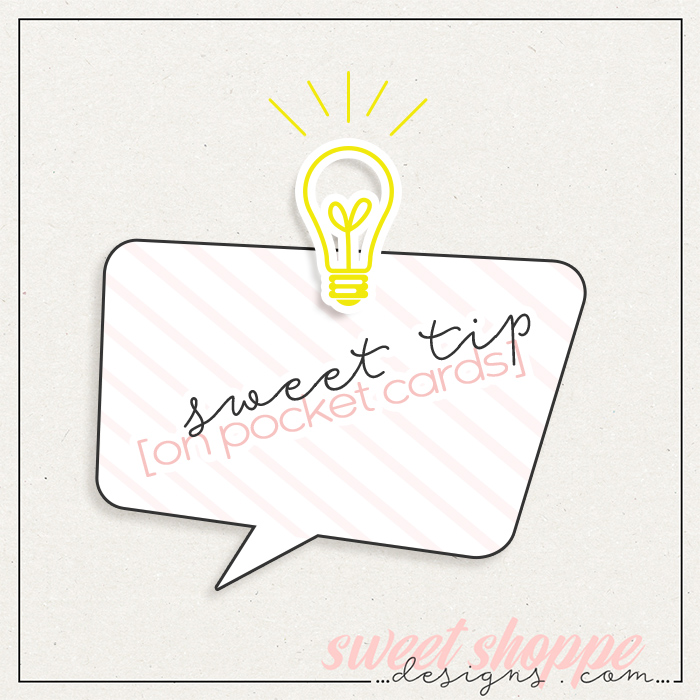 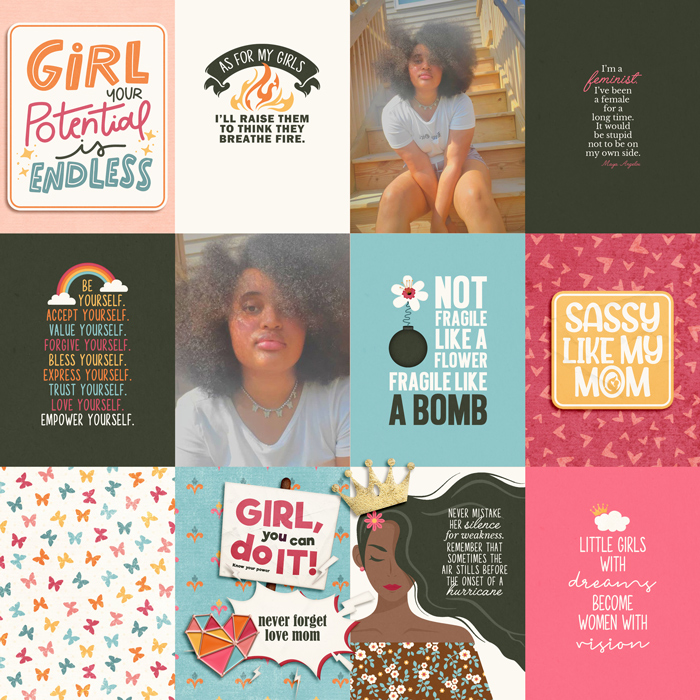 Hey everyone, Kiana here and I’m back with some tips on pocket-style scrapbooking. If you’re a fan of our blog then you may remember… 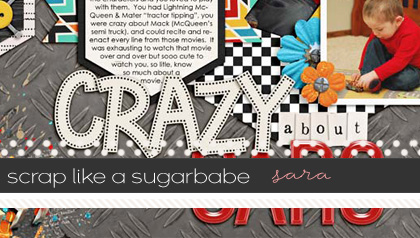 Hey all!  I’m Sara, mom to 2 little boys and a dog, resident of Minnesota, lover of binge watching television shows, reading books, and… 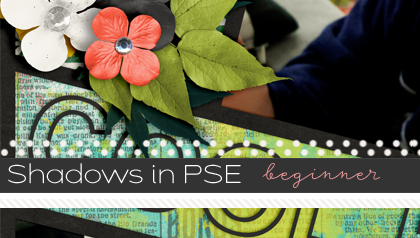